America’s economy added only 266,000 jobs in April at the anniversary of the worst job loss for any month on record. This was far less than forecasts of economists, who had predicted America would add 1 million jobs last month.

The unemployment rate rose to 6.1% in April, up from 6% a month earlier.

It was the slowest improvement for jobs since January. Experts predicted that the vaccine rollout and the reopening of the economy would jolt hiring. But the April jobs number show that the road to recovery from the pandemic remains bumpy.

The job market isn’t just snapping back to what it was before COVID-19. The dislocations across different industries and worker demographics has been too big to recover from while COVID-19 continues to infect tens of thousands of people every day.

Lower-income earners, women, Hispanic and Black workers bore the brunt of the pandemic layoffs and millions remain out of work. Yet some industries can’t find workers. That may seem contradictory, but the job market is changing, leaving many workers permanently out of a job.

The hospitality, leisure and travel industries are still rebuilding after shuttering completely last year. Meanwhile, factories and manufacturers have trouble finding specialized and even entry-level workers as employees worry that those jobs could be sent overseas or replaced by robots.

"The business lobby group argues the state is "paying people not to work,"
https://t.co/1bCFN5lLB0

Check out the salary of the people whining about a $300/Pandemic UI.
Nice work @USChamber https://t.co/ndWEwnd1W3 pic.twitter.com/UmifCdIFVa 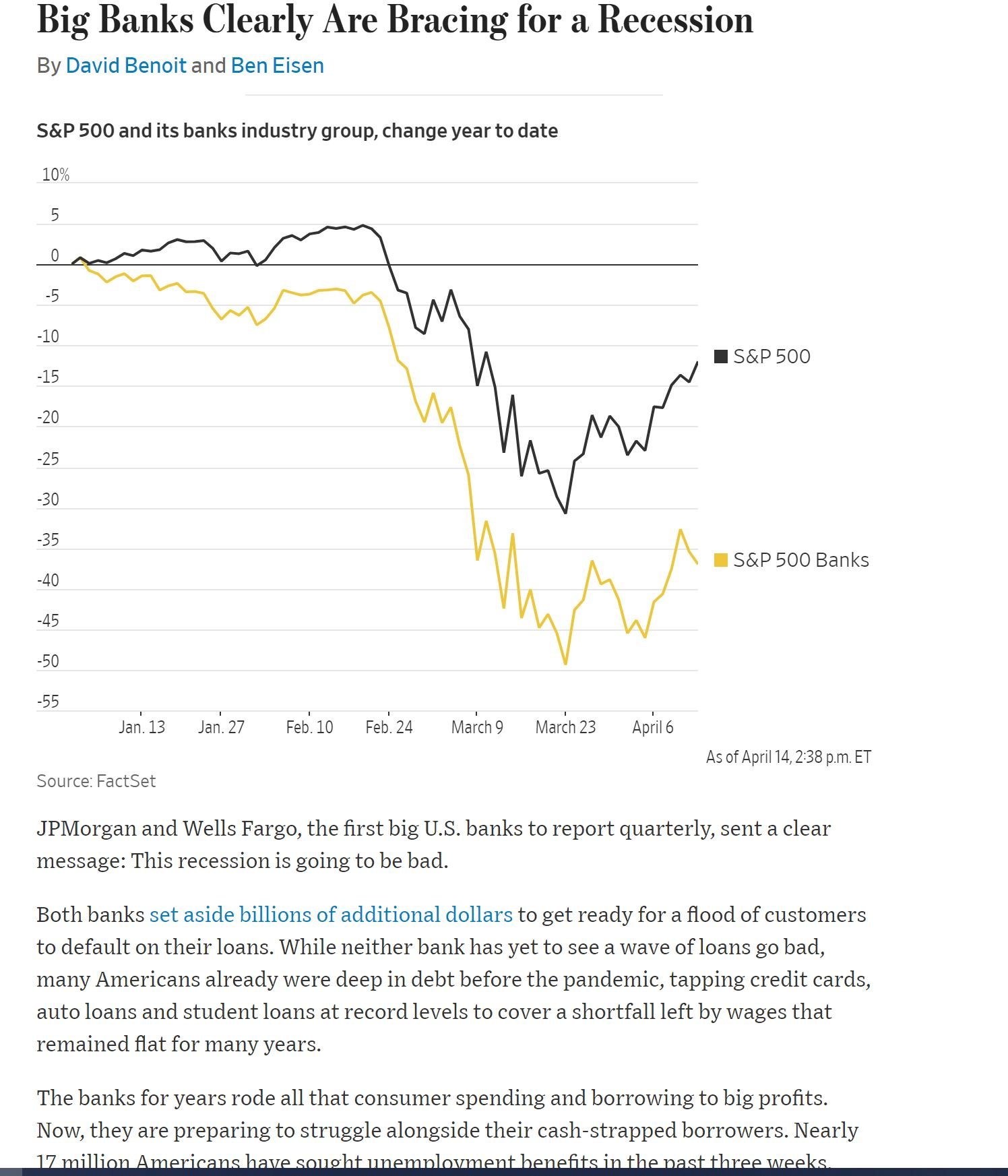 I think it’s already here. Progressive Rep. Pramilla Jayapal has her staff working overtime on various bills. Here’s one of them.

My Paycheck Guarantee Act continues to pick up support from a diverse set of economists, lawmakers, labor unions, businesses & others.

Why? Because mass unemployment is catastrophic but avoidable – & a federal paycheck guarantee is a solution that meets the scale of the crisis. https://t.co/XsqSUgLy9c

So is Speaker Pelosi, feeding her hungry corporate socialist donors:

Pelosi is ON IT https://t.co/bFaVgGACn0

The consensus of 57 economists surveyed this month by The Wall Street Journal is that 14.4 million jobs will be lost in the coming months, and the unemployment rate will rise to a record 13% in June, from a 50-year low of 3.5% in February. Already nearly 17 million Americans have sought unemployment benefits in the past three weeks, dwarfing any period of mass layoffs recorded since World War II.

Gregory Daco, chief U.S. economist of Oxford Economics, projects 27.9 million jobs will be lost, and industries beyond those ordered to close will account for 8 to 10 million, a level of job destruction on a par with the 2007-09 recession.

Oxford Economics, a U.K.-based forecasting and consulting firm, projects April’s jobs report, which will capture late-March layoffs, will show cuts to 3.4 million business-services workers, including lawyers, architects, consultants and advertising professionals, as well as 1.5 million nonessential health-care workers and 100,000 information workers, including those working in the media and telecommunications.

“The virus shock does not discriminate across sectors as we initially thought,” Mr. Daco said.

Gary Cuozzo, owner of ISG Software Group in Wallingford, Conn., said in recent weeks he’s only received a few hundred dollars in payments from customers, including manufacturers, nonprofits and retailers, for which he hosts websites and builds applications. It’s not enough to pay the $3,000 electric bill for his servers and other equipment, much less pay his own salary.

“Customers who paid like clockwork for 10-plus years are suddenly late,” he said. “I’m burning through all the cash I have.”

The AP interviewed Bernie Sanders this afternoon. I’m not certain I was ready to hear his words, but here is a portion of the interview (text, not video):

Sanders, who suspended his presidential bid last week, spoke at length about his decision to endorse Biden, his political future and the urgent need to unify the Democratic Party during an interview with The Associated Press. He railed against the Republican president but also offered pointed criticism at his own supporters who have so far resisted his vow to do whatever it takes to help Biden win the presidency.

He seemed to distance himself from his campaign’s former national press secretary, Briahna Joy Gray, when asked about her recent statement on social media refusing to endorse Biden.

“She is my former press secretary — not on the payroll,” Sanders noted. A spokesman later clarified that all campaign staffers were no longer on the payroll as of Tuesday, though they will get a severance check in May. (note by me: that explains all of the farewells and exits seen on twitter today)

Sanders said his supporters have a simple choice now that Biden has emerged as the presumptive nominee: “Do we be as active as we can in electing Joe Biden and doing everything we can to move Joe and his campaign in a more progressive direction? Or do we choose to sit it out and allow the most dangerous president in modern American history to get reelected?”

Sanders said he would not actively campaign or spend money on advertising in the primary contests that are still on the calendar in the coming months. But he still encouraged Democrats in those states to vote for him, hoping to amass as many delegates as possible for leverage to shape the party platform and the direction of Biden’s campaign.

He also vowed to continue fighting for progressive priorities such as his signature “Medicare for All” as a senator, even though Biden has refused to embrace the government-backed single-payer health care system.

“If people want to vote for me, we’d appreciate it,” Sanders said of the roughly 20 primary contests that remain where his name will appear on the ballot. He later added, “I think you’re going to see significant movement on the part of the Biden campaign into a more progressive direction on a whole lot of issues.”

Sanders did not outline any specific plans to begin helping Biden in earnest, though he noted that he held dozens of rallies for former Democratic nominee Hillary Clinton four years ago and would be at least as active for Biden. In the short term, he said he’s essentially “incarcerated in his home” because of coronavirus social distancing guidelines and did not know when he would return to the campaign trail.

Sanders brushed away questions about why he was willing to back Biden so much sooner than he did Clinton, whom he waited until June to endorse. He said recent conversations with former President Barack Obama did not influence his decision. It came down to simple math, he said.

In 2016, Sanders said he had a mathematical path to the nomination all the way until the California primary, which was held on the last day of voting in June. That simply wasn’t the case this year.

“What would be the sense of staying in, of spending a whole lot of money, of attacking the vice president, giving fodder for Trump — what’s the sense of doing that when you can’t win?” he asked.

Bernie, pls don’t give Biden nor the DNC my e-mail address. I have no appetite for someone who is deceptive.

More news, tweets, videos in the comments. This serves as an open thread.

keeping on the theme of labor, I saw this graphic this afternoon: 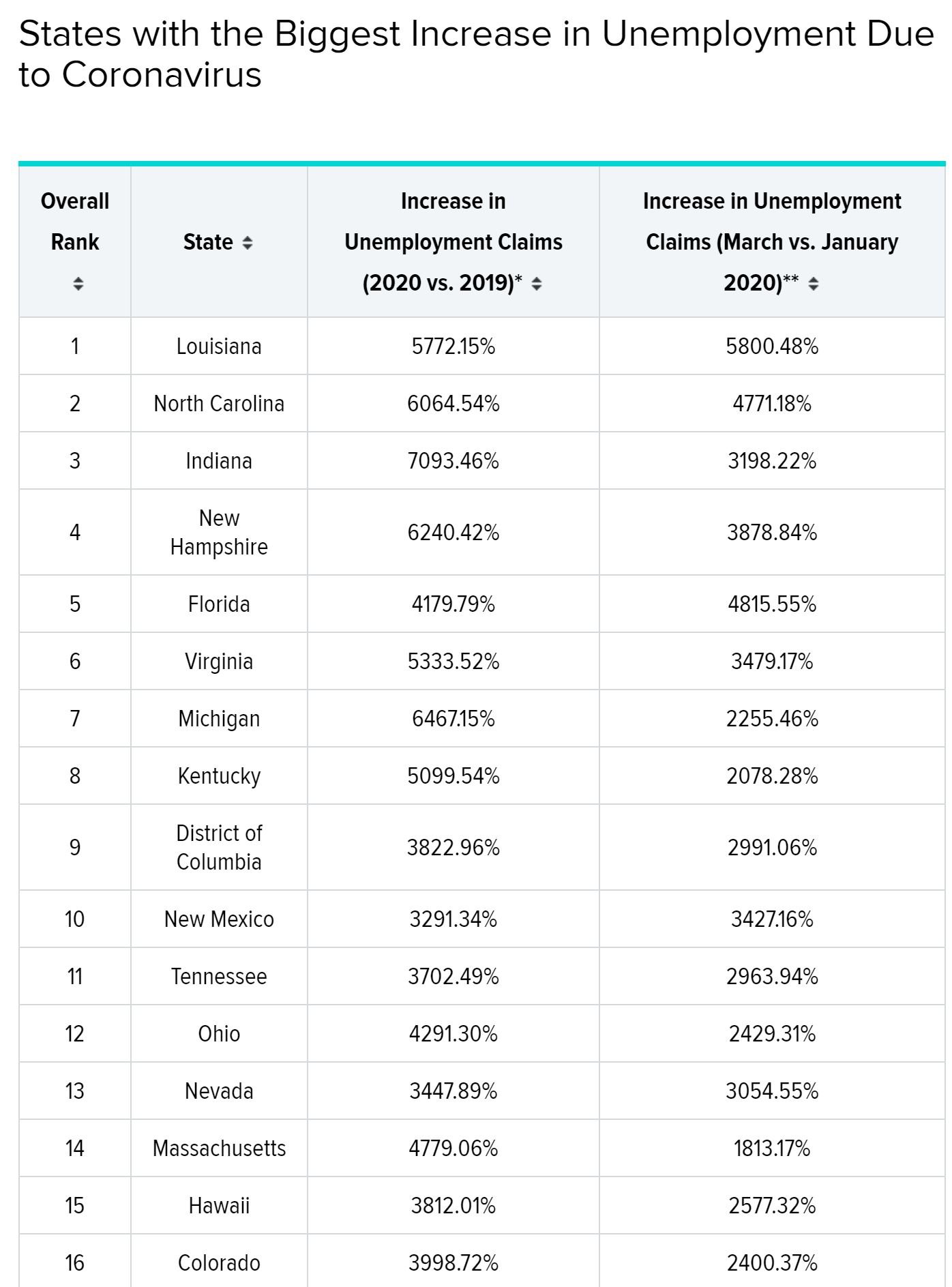 We must take care of the millions of American workers on the front lines of the #coronavirus outbreak.

Thanks to @SenSherrodBrown for standing strong with @UFCW75 and all #Ohio workers to ensure we support these brave men and women keeping us safe. #1uhttps://t.co/mBxJRcy3Ke

How in the hell are the more than 10 million Americans who lost their jobs and the tens of millions on the verge of unemployment supposed to afford a public option? #MedicareForAll is the only bill that will make sure everyone receives the care they need regardless of income.

What else besides “My Cornona” (play on the Knack’s “My Sharona)”? More tweets, videos, analysis summaries, and jibber-jabber in the comments. See you there! This serves as an Open Thread.