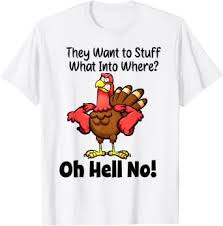 This Thanksgiving, I’m Grateful for a President Who Believes in Science

I spend a lot of time criticizing the Biden-Harris administration, but here are a few words of thanks.

I’ve been pretty critical of the Biden administration—as I promised I would be on Inauguration Day. I believe that my job is to tell the truth, even to my own “team.” Maybe especially to my own team. But even if I didn’t believe that, I’ve largely resigned myself to dying a bitter old man who was never once satisfied by the pace of progress. Dub me unforgiven.

But this week is Thanksgiving, and Thanksgiving is my favorite holiday. I realize that’s troubling because the American mythmaking behind the holiday is pretty horrible. I have no time for feel-good origin stories about genocidal colonizers. Instead of all that trash, I try to focus on what the holiday means to me: a day to be appreciative. No presents, no God, just eat and be happy with what you have, without any worries about what you’re going to get (in this life or the next).

Therefore, in the spirit of gratitude, I offer these words of thanks to Joe Biden and Kamala Harris. It’s worth it to take time to appreciate what we have.

The vaccines. The fact that Covid-19 vaccines are here, safe, and freely available is due to the work of lots of people, including, yes, people in the previous administration. Doctors, scientists, truck drivers, logistical aides, clinic operators, nurses—there are literally thousands and thousands of unsung heroes who have brought us to this point. For the most part, Biden was just the guy who was there while all this good work took place.

But, he was the guy who was there. And he didn’t irrevocably screw it up. He didn’t get in the way. He didn’t turn the whole process into some kind of political Rorschach test. He didn’t tell people to inject themselves with bleach or horse dewormer.

Other people made it political. Other people turned down medicine to “own the libs.” Other people have elevated Internet conspiracy and contrarianism over science and safety.

But you know what? Those other people are not invited to my house on Thanksgiving. Biden is. Because he’s vaccinated. And he’s not an idiot. That’s because he didn’t make being a drooling fool a centerpiece of his political strategy. Thank you, Joe Biden.

Lucky number 13. Vice President Kamala Harris has cast 13 tie-breaking votes in the US Senate, the most in a single year by any vice president in US history. Can you imagine if Mike Pence were in a position to cast those votes? Things would be worse.

But here’s something to really bend your noodle: The greatest number of tie-breaking votes cast by any vice president was 31, and those were cast by noted slaver and intellectual father of the Confederacy John C. Calhoun. Just think about how much progress Calhoun was responsible for stopping simply by means of this one constitutional power given to the VP.

Thank you, Kamala Harris, for not being a bastard slaver and for trying to move the country forward despite unrelenting bigotry and misogyny from the Beltway press corps. We see you.

War, huh, yeah—What is it good for? Abraham Lincoln declared the first National Day of Thanksgiving during the Civil War to pick up the spirits of the troops (seriously, white supremacists, Thanksgiving was declared in opposition to your filth). One of my favorite stories of World War II was how Franklin Delano Roosevelt demanded that all fighting troops receive a traditional Thanksgiving meal, regardless of where they were fighting. Thanksgiving becomes a more important holiday during times of war, when military families are splintered and the simple pleasure of a warm meal with loved ones seems even more precious.

But this is not a wartime Thanksgiving (or, at least, not a declared wartime Thanksgiving), for the first time in nearly two decades! That’s nice. Thank you, Joe Biden. And thank you to families who still suffer the burden of their loved ones’ being deployed all around the world.

One thing Byedone has going for him is for the first time in 4 years you dont go to a web site or tv news outlet and hear that Cult-45 said or did something stupid to draw attention to himself.

Happy Thanksgiving to the Nest and at 11 CDT one of these will be in my hand to kick off the holiday weekend.

My only plans for today, is to the watch the Lions and Bears game. And see if the Lions can keep their almost perfect record.

Listen, as a long suffering Bucs fan of over 40+ years, I know exactly how you feel. I’ll have it on, too. Glad to hear from you. How is the MI weather?

Right back at ya, fellow Futurist. 🙂 I am doing mopping and listening to classic 80s new wave. I’ll stick to beer but my mother loved that drink.

Happy Thanksgiving, birdies! thanks JCB for getting the thread started before you trek off to MA for your celebration there!

A Benny family tradition…or at least for me..in sharing with the nest.

I wish America loved its people the way it loves military contractors. pic.twitter.com/C9vUOeJimL

Not what I was looking for on Thanksgiving thanks https://t.co/0wgNnvgisz

My wonderful Tervuren is gone. She let us know this morning and we called the vet right away. She was with me all the time the last two days while I wrote this little thing for her when I wasn't telling her how great she was.https://t.co/kXh0GNtHkK

Jane and I want to take this opportunity to wish everyone a very Happy Thanksgiving. In these difficult times let us continue standing together, with hope and love, to create the world of peace and justice that we all deserve. Despair is not an option.

I never get tired of Bernie exhorting everyone, “Despair is not an option”, that never gets old.

Way earlier than that, if you factor in the Vikings.

yea i hear ya, its built into the dna of some people no matter the proof out their

I was fortunate enough to have an excuse to spend 4 hours this morning cooking/baking, then bring it all to a lovely family gathering.

It’d been awhile since everyone felt comfortable enough to get together like that.

thanks for the reminder, mags❣️

I have always had a soft spot for this bizarre 1973 Thanksgiving offering of Godspell goes Pilgrim. This clip includes the biggest hit from the musical—Day by Day.

“I have a foreboding of an America in my children’s or grandchildren’s time — when the United States is a service and information economy; when nearly all the manufacturing industries have slipped away to other countries; when awesome technological powers are in the hands of a very few, and no one representing the public interest can even grasp the issues; when the people have lost the ability to set their own agendas or knowledgeably question those in authority; when, clutching our crystals and nervously consulting our horoscopes, our critical faculties in decline, unable to distinguish between what feels good and what’s true, we slide, almost without noticing, back into superstition and darkness…

The dumbing down of American is most evident in the slow decay of substantive content in the enormously influential media, the 30 second sound bites (now down to 10 seconds or less), lowest common denominator programming, credulous presentations on pseudoscience and superstition, but especially a kind of celebration of ignorance”
Carl Sagan, The Demon-Haunted World: Science as a Candle in the Dark 1995

Most of Americans are now Frogs in the water scenario, the temp is rising but the frogs went thru a lobotomy before entering the pot.