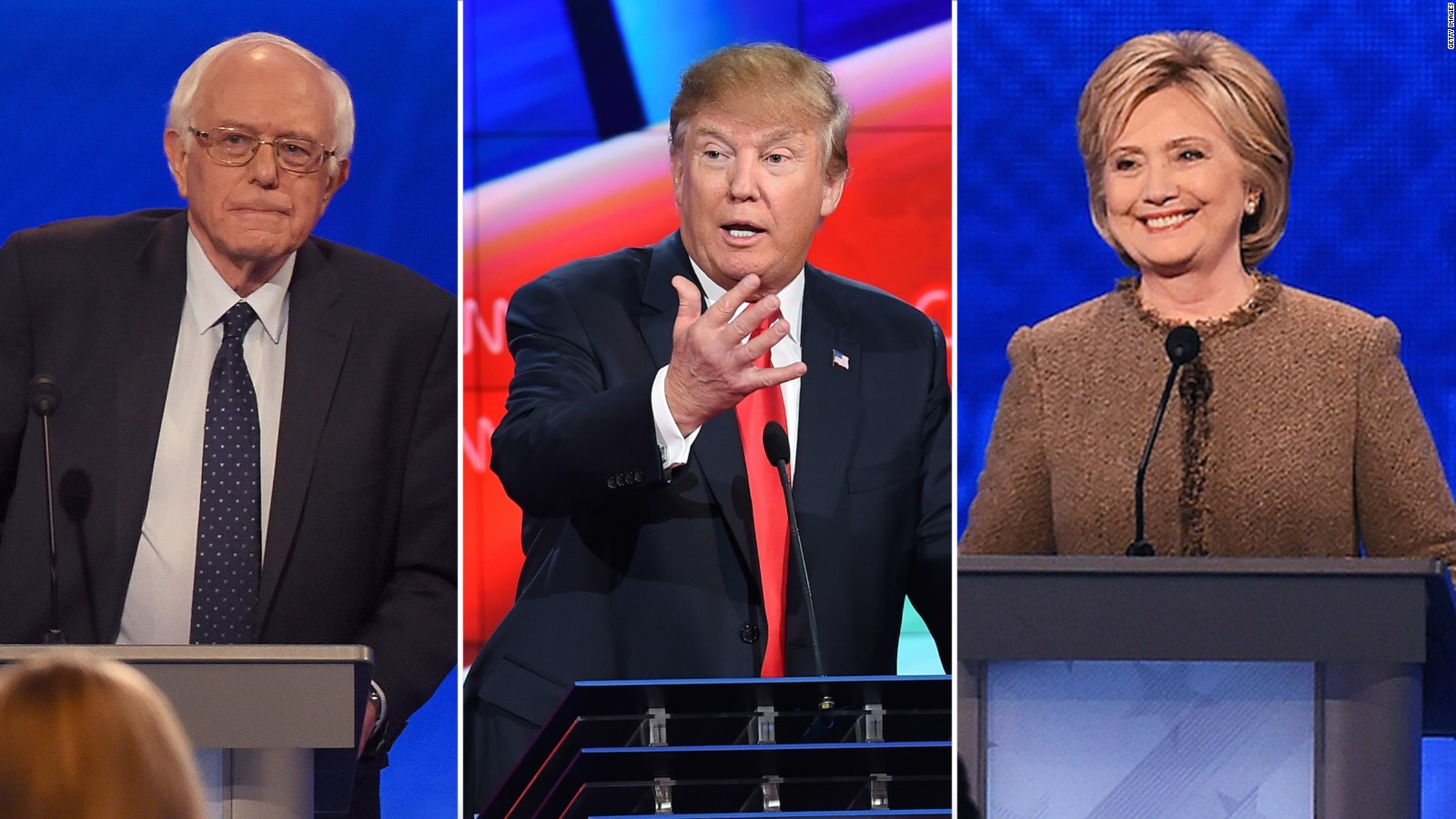 The Foreign Policies of Sanders, Trump and Clinton: The US and the World in 2016 and Beyond

The world today is faced with crises on virtually every front, and any assessment of the foreign policy positions of the two major parties’ 2016 presidential candidates must be measured against how well they respond to these crises.

The Sanders campaign has been a breath of fresh air on the American political scene. Bernie has taken into the political arena the Occupy movement’s outrage at the domination of the United States by the one percent. Whether or not he wins the nomination, his astounding success is a sign of the real potential for a new kind of politics in the country — inspiring whether or not one shares his Democratic Party strategy.

Bernie has a strong domestic program — it calls for ending the domination of big money in politics, single-payer Medicare for All, free tuition at public colleges and universities, breaking up the big banks, raising taxes on corporations and the wealthy, support for workers and their unions, confronting climate change, and questioning the government’s mass surveillance programs. Moreover, despite his stubborn tendency to sound at times (though less and less as the campaign goes on) like he believes that economic inequality takes precedence over social inequality, Sanders does have good positions in favor of abortion rights, reform of the criminal justice system, demilitarization of the police, and the need to oppose institutional racism. If his campaign doesn’t end up as a faction entrapped within the Democratic Party, these positions could be the basis for beginning to build a lasting independent political party that can offer an alternative to the status quo.

Sanders’ foreign policy positions are better than those of his Republican and Democratic opponents — though that’s not a terribly high bar, it must be said. He is the least hawkish of the major party candidates. As he has stated repeatedly, he’s proud that he voted against the war in Iraq — in contrast to Hillary Clinton, who has only grudgingly said that her pro-war vote was a mistake[1] — and note that even now she calls it a “mistake,” not a decision that was fundamentally wrong. Like Clinton, Sanders supported recent moves toward normalization of relations with Cuba. He also supported the nuclear deal with Iran; though Clinton too supported the Iran deal, with her trademark “muscular” approach to foreign policy, her tone is quite different from Sanders’: she has emphasized that, if elected, she would back up the U.S.-Iran nuclear agreement with the threat of military reprisal if Iran violated any of its terms.[2] Indeed, she seems coiled and almost looking for a justification to spring into action. Sanders condemns past U.S. interventions in Guatemala, Central America and Iran, and has sharply criticized Clinton’s embrace of Henry Kissinger….

Read the rest of this extensive article here.

“The Sanders campaign has been a breath of fresh air on the American political scene. ”

You got that right!

How can the outrageous military trajectory of the USA ever be tempered?

I was pondering something related to these unspoken expectations the other day:
Will we ever have a President who sometime before their death, fesses up, in the style of Smedly Butler?

Wouldn’t that be something?

Never heard, or read, that in it’s entirety – WOW – That should be taught in schools ! Thanks.

In this article’s link to the extensive version, Joanne Landy, makes this poignant point:

“The foreign policies of both Donald Trump and likely Democratic candidate Hillary Clinton, despite their differences, promise a future of endless militarism, drone attacks, support for dictators, and savage neoliberal economic policies throughout the world. Far from defeating political fundamentalism and terrorism in the Muslim world, their policies — America’s own brand of terrorism — are guaranteed to strengthen these reactionary forces.”

Am in total agreement with her summation and think it’s very important to also stress that Hillary used her position as Secretary of State to enrich the coffers of the Clinton Foundation by encouraging business deals between foreign nations and American corporations that then made large donations to the Clinton Foundation – you can just imagine what her presidency would focus on. One doesn’t have to look far to find information on how she used/abused her power as Secretary of State. Here are a few articles, plenty more available if you just Google Clinton cash:

I found this article frightening: There is an international disease which is Hillary Clinton
http://foreignpolicy.com/2016/06/03/there-is-an-international-disease-which-is-hillary-clinton/