Skip to toolbar
↓
Home→Issues→Healthcare→The progressive quest for better healthcare & education gets ally from an unexpected place – the AEI, sort of

The American Enterprise Institute, a right-leaning think tank in Washington, D.C., organized an event this week with the provocative title, “Military readiness and early childhood: What is the link?”

(“right-leaning”, lol, the AEI is very much hard-right.

‘During the George W. Bush administration, AEI was regarded “as the intellectual command post of the neoconservative campaign for regime change in Iraq,” Vanity Fair noted.’)

It turns out that it’s hard to keep a huge military going when:

the Department of Defense estimates that 71 percent of the 34 million 17- to 24-year-olds in the United States — the military’s target recruitment population — are ineligible to enlist in the Armed Forces.

The numbers are eye-opening:

According to the Pentagon, a third of 17- to 24-year-olds couldn’t join the Armed Forces because they lack a high school diploma or would fail the military’s entrance exam. The hope is that better preschool and child care could help improve graduation rates. Other leading factors that preclude enlistment include obesity, criminal records, and history of drug abuse. In 2014, the commanding general of U.S. Army Recruiting Command told the Wall Street Journal that only about 1 percent of people in that age range are both “eligible and inclined to have a conversation with us” about joining the military.

Unfortunately, the enlightenment of those retired military leaders stops right there:

And yet, after laying out what they described as a serious problem for national security and civil society, the panelists made clear that expanding early childhood efforts was a job best left for the states, not the federal government. 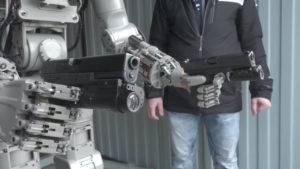 I guess they didn’t see the movie The Terminator?? 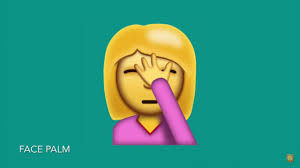 Personally, I’d rather they invest in the children. 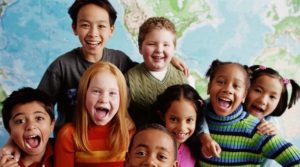