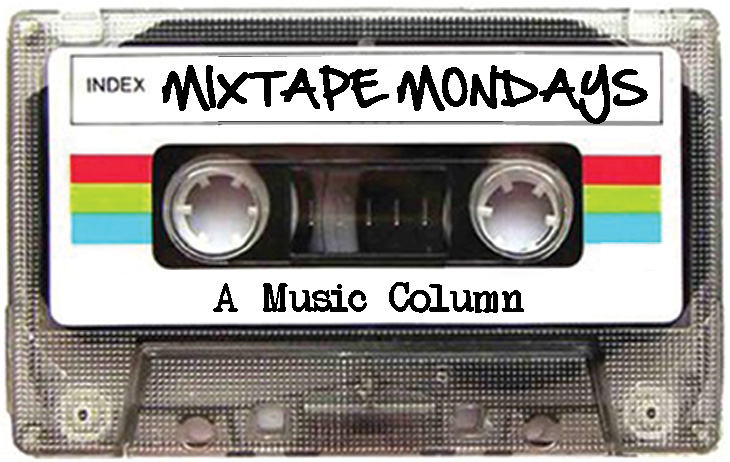 a girl isn’t listening to music right now, she is re-watching last night’s epic episode of Game of Thrones.

but, Liepar, I forgot to say: thanks for so many community opportunities.

I had to hide in the kitchen during the battle scene but I liked the ending!

Yes that scene was tough to watch, but FINALLY Ramsey got what he deserved!

Someone I once dated made a mixtape for me, and I was so impressed.

He had clearly paid attention to which songs I enjoyed hearing on the radio, and practically all of them were on there.

It’s one thing to train a site like Pandora to play music you like, but it’s quite another to have a real person pay such close attention.

I was a teen in the 80’s. We were mix taping it for each other upside down and backwards for a couple decades…. Seems like my friends all had different tastes. Still have a pile of tapes in a box somewhere in the basement. Gonna have to pull that out soon!

Same here! I loved having a boom box with two tape players to make mixtapes. I also would tape songs off the local college radio station when they played new wave music that wasn’t on commercial air.

Brother of my best friend back in the 80’s was a bit sweet on me, used to make me mixed tapes. Thanks to him I learned of so many great bands. They were literally ‘tapes’, as in cassette tapes, still have them. Where are you now, Kevin?? Happy I hope.

Like others here I grew into love (or out) via mixtapes! Even having had some make me CDs just did not have the same oomph as the tape!!! Still have a few, although others have ‘erased’ or worn themselves thin 🙁

I can’t get enough of the Cayucas lately. Here’s one from last year called Big Winter Jacket:

My family is all over Bela Fleck and the Flecktones right now. Took the boys ( 10 & 12 ) up to Burlington a couple weeks ago to see/hear them.

They’re so popular where I grew up! Saw them in Montreal at their annual Jazz Festival. So cool.

This track is constantly in my daily commute playlist right now:

Discovered them recently, so interesting! Told my friends about them. Love it. Fun to watch and listen to.

Lead singer looks like she was influenced by Michael Jackson! I had such a crush on him when I was young.

@jbfunk Loved that! Will look for more by them.

Love this and the whole idea. Thanks.

Banner under construction! Sorry it looks so big and the red is too bright. I’ll tone it down a little.

looks good Demeter! May have to go back to the red borders to match!

I updated the size and colors and I like it much better. Then I changed the Menu bar to match the red & blue. Does it seem too patriotic with the stars & stripes? I’m definitely open to suggestions on fonts, colors, or whatever. I don’t really want the search field in the upper right corner but I haven’t figured out how to get rid of it.

It has been fascinating watching y’all try out site design ideas.

I like having 2 birdies, but the stars in the top blue bar are distracting and don’t seem to serve a purpose. I think less is more in this case.

I’m still trying to find a good color scheme that doesn’t look like an official campaign website or anything so the font colors will likely be changing and changing until we find something that works well for everyone.

I’m responding to this comment long after you posted it, so maybe you’ll never see… but, yes, since you asked, too patriotic for my tastes.

@wi58 just a note that I dont see you are locked out… you may want to try again!

I object to that definition a mix tape is a tape. Burning songs onto a CD isn’t the same thing at all. Gather around grandpa, kiddies, and let me tell you about the old days.

A mix tape is a commitment. It’s a time commitment for one thing – even with the fast-recording double-tape boom boxes, you were still searching and winding and waiting through songs. It was a way to kill an hour or two before going out.

A mix tape is hand-crafted. It has the imperfections of a unique piece of artisanship. The gaps between songs aren’t uniform, for one thing. Also, you had to consider the length of each side of the cassette, add up your running times, and make sure you didn’t have a couple minutes of dead air at the end.

Putting together a mix tape doesn’t just mean “I want these songs to be collected together in this order.” It means “I want to hear these songs in this order so damn much that I’m willing to crank up the hiss in the audio in order to get it.” Commitment!

CDs. Bah. That’s just a bunch of songs; it’s not a mix tape.

Anyway, the important part is that I had an onion on my belt. Not the white onions, either. You could only get the big yellow ones because of the war….