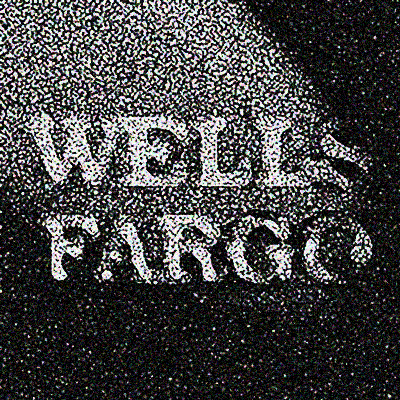 …One of those whistleblowers was Yesenia Guitron, who was fired from the company’s St. Helena branch in 2010 after less than two years on the job. She then unsuccessfully sued the bank in federal court for retaliatory behavior and discrimination.

Now, as stories proliferate about sham accounts in relatives’ names, unneeded credit cards issued without customers’ knowledge, and other shenanigans that padded bankers’ commissions and kept them afloat in an atmosphere of unrealistically high sales goals, Guitron – who never returned to banking after leaving Wells Fargo – describes herself as the least surprised of witnesses to the fallout.

“The only way to meet your goals in that situation is if you game the system. Nobody did anything to stop it,” she said last week of the misconduct she called the inevitable result of a Wells Fargo directive that its workers upsell customers with as many extra products as possible – regardless of their need or understanding of them – or else face poor performance reviews or even the loss of their jobs.

Guitron spelled out her allegations in a 2010 lawsuit against Wells Fargo in U.S. District Court in San Francisco, but the courtdeclined to award her damages, ruling that bank’s sales targets – even if unreasonable – were not illegal and could still be used to measure job performance. An appeal in 2015 also failed, leaving the divorced mother of two with an $18,000 legal bill.

Wells Fargo pressured their employees to “cross-sell everything from ordinary savings accounts to bank cards, mortgages and wealth management – all generating extra fees and locking customers firmly to the company.” In larger cities, they were required to sign up costumers for up to 15 new accounts each day.

Even in St. Helena, with only 6,000 residents and a shallower customer pool, there was little relief from company sales targets, according to Guitron, who joined the local branch in March 2008 after previously working for Westamerica, Bank of the West and Bank of America.

“We would have morning meetings – they called it the powwow – where they would emphasize the product of the day,” she recalled on Monday. Her branch manager challenged all the bankers and reminded them, “You have to make eight solutions a day.”

“Each banker needed to come up with a minimum of eight solutions a day; if a banker finished their eight a day by noon, they got to go home early. There was a big emphasis on tellers to ‘get cheeks on chairs,’ meaning to send them to a banker’s chair.”

Note the description of the up-sells as “solutions”? Not solutions for the customers, that’s clear. (My editorial comment.)

Three months after her hiring in St. Helena, Guitron noticed a colleague opening and closing accounts without telling customers, Guitron said in the federal complaint she filed in August 2010, seven months after leaving Wells Fargo.

In an interview with the Register, Guitron described a scale of commissions for each service an employee sold to a customer, from $8 for opening a basic checking account to $25 for selling a premium account requiring a higher balance. Since a banker could score $3 to $5 for each debit card issued to a customer, some employees would quietly issue as many as 10 cards in the same person’s name – pocketing the commissions even for cards that were never activated or used, she said.

Guitron began to see a pattern of the same customers having accounts opened and closed in their names. Then customers began to come in to say they were getting collection calls on credit cards they’d never applied for. Here’s how those complaints were diverted, and customers scammed even further…

“The annual fee for rewards was charged against the card, and then six months out, these accounts would get charged off and go to collection agencies who said ‘You owe money,’ and then the customers would say ‘No, I didn’t do that.’

“So then the bankers would say it was identity theft – and then sell them identity theft protection. These customers were being juiced left and right.”

Guitron reported her colleague’s opening and closing of “rogue accounts” and unauthorized customer charges to her supervisor — who still works for Wells Fargo, by the way. Nothing happened. She then went “up the chain of command – first to human resources officers, then to regional and area managers, and finally an email to CEO John Stumpf” — and nothing changed. I imagine she was one of many from whom John Stumpf heard. (I’m thinking of that blank, fake-innocent expression he maintained, even as Elizabeth Warren tore into him.)

That August, Guitron later told the federal court, the tide turned against her within the St. Helena bank. She received a negative performance review, two managers accused her of having an affair with a colleague, and she was required to make written requests to leave the bank branch, even to take her daughter to or from day care, according to her complaint.

The end came in January 2010, when her boss ordered Guitron to clear her desk and then escorted her from the St. Helena building, according to the former banker and court records. When another bank manager called Guitron a few days later to claim the firing was a misunderstanding and that she should return to work, she declined, leaving the bank to record her departure as a resignation.

Seven months later she and another employee sued both Wells Fargo and the branch manager specifically. The federal court ruled against them, saying “Wells Fargo’s sales targets, even if unreasonable, affected all employees equally and did not target Guitron alone.” No address of the issues of fraud though, apparently?

The article notes Wells Fargo’s B.S. response (my editorial comment), and then follows up with noting how they have done nothing to make things right for either those 5300 employees who were fired or their defrauded customers.
And a last note from Guitron:

“Obviously they’re protecting the bad guys because they produced money for the company,” said Guitron. “I know it happens across the nation, not just this little town. My hope is that banking goes back to the way it used to be, where you served the customers and helped them achieve their financial goals, not your financial goals.

“That would be my wish. If Wells Fargo wanted to make things right, they would stop protecting these people.”

CBS interviewed her, too — here’s a link to the interview:

Yeah, those whistleblower lines — anywhere — are traps. I knew that as a federal employee but some of my more naive colleagues did not.

Fortunately, I never saw any nefarious practices to blow the whistle on in my time at the VA. Horrible dilemma for those who do.

Sounds like Wells Fargo made her life a living hell. I feel so sorry for her, she was trying to do the right thing. I have utter disgust after reading this for the Federal Circuit Judges and San Francisco District Court that ruled against her…in effect they participated in the Wells Fargo coverup by their lack of positive ruling for Ms. Guitron.

That’s the way I felt. Actually, I guess she and her other claimant, a co-worker, filed it as a discrimination case — too bad it wasn’t a criminal case against the bank.