19 states and territories have voted so far. Senator Elizabeth Warren, for all her qualities, has placed neither first nor second in any of them. Her best finish and largest delegate haul is from her home state (MA), where she seems to have come in third, with a fifth of the vote.

In the state of her birth (OK), she seems to have won no delegates.

Here’s what Warren appears to have gathered in terms of votes/delegates yesterday (best estimate based on results so far):

64 delegates out of 929 is less than 7%. It’s a lot of votes, and not a lot of delegates. It is very difficult to claim you’re still in the running for the nomination with such a result.

The result in California won’t be definite till Friday (lots of mail-in ballots), but it looks very likely that Warren is not viable statewide, which means she will net only a handful of candidates out of 415. Her current vote tally is 12%.

Mail in ballot results will continue to trickle in all week. In 2016, these improved Bernie’s numbers in CA by several percent. He appears to have already pushed Bloomberg below 15%. Biden is over 24%, it’s unlikely he falls below 15% statewide, but it’s not outside the realm of possibility.

If Warren’s plan was to be a factor at a contested convention, that may happen if the race is exceptionally close. But it looks like Warren has fewer delegates than Bloomberg. That makes Bloomberg the preferred king-maker for Biden, he brings more delegates to the table (and brings unlimited money). Incidentally, Bloomberg appears to have spent several million per delegate in TV ad buys alone.

If you believe these two statements are true:

It is tough to escape the conclusion that the moderate/establishment wing was more ruthlessly effective in clearing the way for its chosen contender than progressives were.

Warren now has to decide whether or not to drop out and endorse Bernie, knowing full well that every day she stays in, likely means fewer delegates for the other candidate championing the policies she’s advocating for. Every day she stays in the race benefits Joe Biden, whose odious bankruptcy bill on behalf of credit card companies is what got Elizabeth Warren into politics. Every day Warren declines to endorse Sanders weakens the progressive movement and makes the prospect of Medicare for All fainter. If she sits on the sidelines as she did in 2016, her commitment to the progressive objectives she championed in her campaign will always be questioned. Her legacy may be reduced to being the candidate who did not answer the movement’s call, twice.

It raises questions for progressive organizations like the Working Families Party that have endorsed Warren. What is the path forward now? Do they stick with Warren? Does the WFP endorses Biden now? Where do their allegiances like, with policies like Medicare For All, or with a candidate? Is it millions of people without healthcare you’re fighting for, or a candidate? For organizations that support abortion or LGBTQ rights, the options are stark. On one hand, you have Bernie Sanders, who has unequivocally supported these right to choice throughout his career. On the other hand, you have Joe Biden.

It also raises questions for rank and file Warren supporters. If your candidate is very likely to be non-viable going forward, your votes won’t really translate into delegates. Do you continue to vote for Warren if every vote for her ends up improving Biden’s tally of delegates?

This site also faces similar questions. Do you line up behind the most conservative Democrat in the race? Or do you endorse Sanders? Are you willing to accept Biden’s conservative record on Iraq, social security, trade, corporate power, on school busing (which Kamala Harrris attacked him on)? Do you endorse a candidate who tells billionaires “nothing will fundamentally change” for you in my administration? In San Francisco where Daily Kos is based, the divide is stark, tech plutocrats are for Biden or Trump, the employees and people are for Bernie. Is this site with the plutocrats, or for the people?

You may win some atta-boys from the powers that be by endorsing Biden. But you certainly won’t be crashing any gates. Doing nothing is also an option, it might even be the most “on-brand” option for this  site’s leadership. Every one of those options, apart from one — endorsing Bernie —  signals that you aren’t a part of the progressive movement, but rather among the most conservative of Democrats. We will know soon enough which way this site’s leadership swings, which may also depend on Warren’s choice.

It’s difficult to see how today’s result furthers the goal. It looks instead like a lot of wasted votes for almost no payback. For a candidate whose campaign has made the case for her as a prescient strategist, that result would appear neither prescient, nor strategic.

It’s difficult to see how continuing in the race, failing to throw all your weight behind Bernie Sanders’ candidacy furthers those goals.

When Bernie’s candidacy was on the ropes in October, it was a clarifying moment for many. People like AOC, Ilhan Omar and Rashida Tlaib endorsed Bernie in the moment of greatest danger for the movement. Will Elizabeth Warren do the same? Or will she let the dream of Medicare For All and the end of medical bankruptcies die at the feet of Joe Biden’s Super PAC (almost certainly funded by credit card companies profiting off medical debt)?

So the question remains. Will Senator Elizabeth Ann Warren answer the call?

Thanks Subir. Well said. Hopefully she will. The fact that she and Bernie talked is a hopeful sign

After Super Tuesday’s results made clear that the 2020 Democratic primary is now a two-candidate race between former Vice President Joe Biden and Sen. Bernie Sanders, progressives called for an end to divisive infighting and some urged Sen. Elizabeth Warren to join Sanders in a united front against the party’s deep-pocketed and organized establishment wing.

“I’m a Bernie supporter who builds with Warren supporters,” tweeted Varshini Prakash, executive director of the youth-led Sunrise Movement, which endorsed Sanders in January. “This isn’t the time for infighting and vitriol. Let’s leverage our shared power to break through the wall of corporate media, win this primary, and defeat Trump. Let’s #BuildTogether.”

It was a call for progressive unity that others echoed both before and after Super Tuesday, which saw Biden win 10 of 14 states—including delegate-rich Texas—and take a narrow lead in pledged delegates. Sanders won four states, including California, the largest delegate prize of the night.

With the #BuildTogether hashtag making the rounds among both Sanders and Warren supporters, journalist Sam Adler-Bell said the “posts are quite obviously an effort to build goodwill between two support bases that absolutely must combine to defeat the corporate/billionaire wing of the party. I have no patience for anyone upset about it.”

I’m hesitant to go do it on Twitter because we’re supposed to be giving her a day or two to grieve, right?

Atta-Boy, Subir!! T and R!! I said Liz was a GOPuke at heart, and I still feel that way. 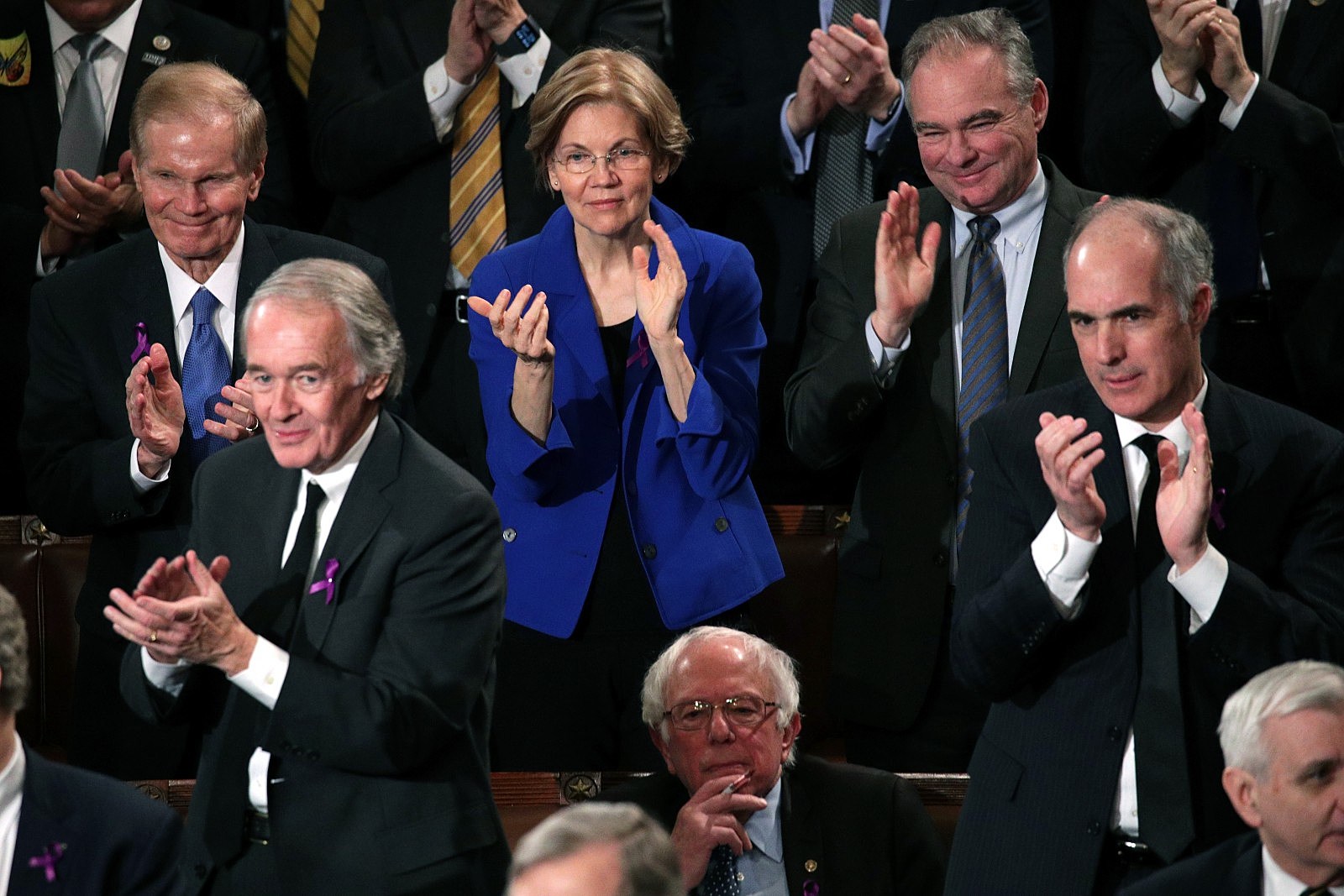 I understand the frustration with some things Warren has done but this is politics, Bernie will be a lot better off in the upcoming battle with Biden with Warren’s endorsement than if she stays neutral or even worse endorses Biden.